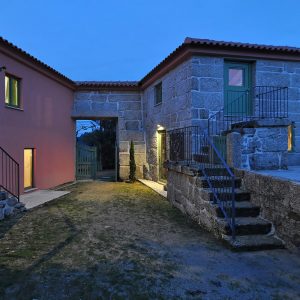 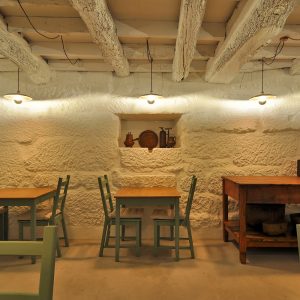 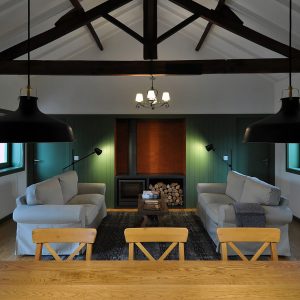 The accommodation at Quinta do Santinho is the result of specialist maintenance work which has rehabilitated the historic onsite buildings.
Built in the mould of other local constructions and blending seamlessly into the local landscape, these traditional granite houses contain a surrounding space designed to serve the daily habits of the rural workers that once inhabited them. The property features: a main living area; an old kitchen; a space for shearing animals; a threshing floor; an olive-oil press; a wine cellar; courtyards and irrigation tanks.
We have purposely maintained its existing simplicity (both in regards to the layout and the décor, as well as the traditional building materials) in order to provide our guests with a warm and welcoming family feel; one which is authentic to this place’s rural traditions.
In short, we would like to show all our visitors how easy it is for anyone to relax and achieve wellbeing in these idyllic surroundings. 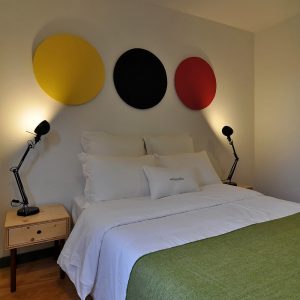 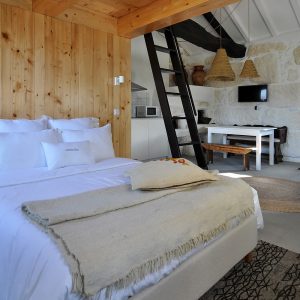 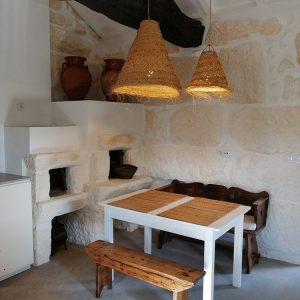 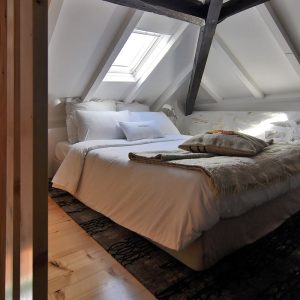 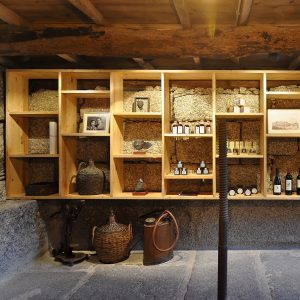 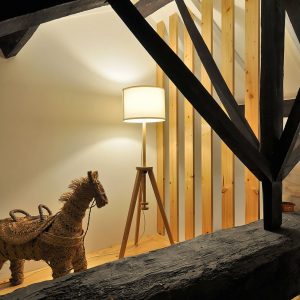 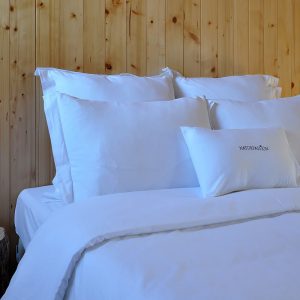 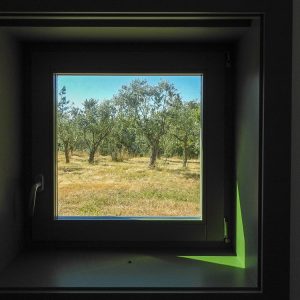 On our first ever visit to the site, we were instantly struck by its huge potential. It was decided that the triangular-shaped central yard (which together with its three surrounding buildings made up the small agricultural unit) would become the property's social and communal hub. Everything would flow through it.  This beating heart of the site, vital as a transit point between the different parts of the estate, displays a very intimate quality, nonetheless. Its centrality is highlighted by a dense fig tree which acts both as a cover from the naturalsunlight and as a temperature regulator, which helps to protect the yard from the searing heatduring the long summer months.
The main reason behind our architectural intervention was to maintain - and indeedto reinforce - the site's distinctive rural feel. To do this, we knew we would have to remove all its existing dissonant tones. In other words, we established that the physical elements that had since been added tothe property, undermining the construction's original design, simply had to go. In doing so however, we were always very mindful of the need to ensure that any additions that we ourselves made fit in well with the ambience of the property.
The redesign was organised in the following way. All service provision was purposely located on the ground floor. The reasoning behind this was twofold: to take advantage of the lower level´s direct connection to the outside; and to confer greater privacy to the upper floors, where the guest rooms would be located.
When maintaining thefaçades,we tried to leave the granite exterior on display as much as we possibly could. Meanwhile, the dark,tango pinkcolouring was handpicked to match the wild fruit scenery – Naturpassion’s trademark image – while offsetting the bright green on the window frames.
As far as the inside of the property was concerned, our focus was to make the old wooden structures (such as the floors and the coverings) stand out, by ensuring that any new elements that were introduced were made of wood also. Of paramount importance too was the need to preserve the original ovens in the old kitchen, as well as the old olive-oil press, which is now integrated in the new site’s reception area. There were some artefacts on the original site which had deteriorated to such an extent that it was simply not possible to rehabilitate them. Where this happened, we attempted to incorporate new ones, retaining their authenticity through specialist design and maintenance work. 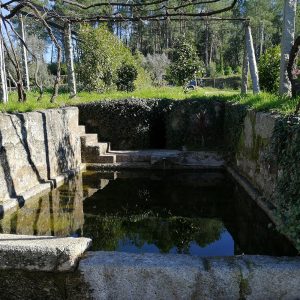 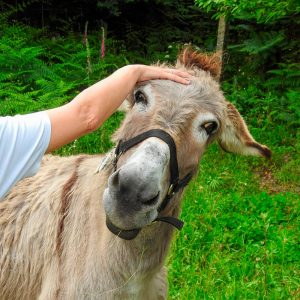 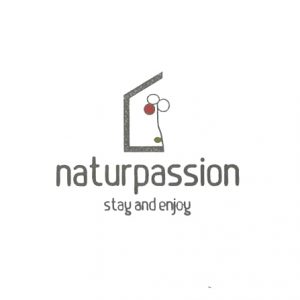